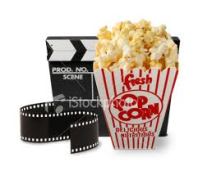 The media plays an important role in influencing our worldview explicitly by endorsing specific ideas and implicitly by portraying certain actions as normal or acceptable.  We should bring a critical eye to everything we see, listen to and read about.  Many movies have redemptive value and are worth watching with a group and discussing to draw out key themes.

Movies with a Christian theme

Movies with a moral theme:

Movies worth watching to understand the plight of others:

Online Resources from a Christian Worldview

Books about Watching Movies from a Christian Perspective